Lots of people choose the new year as a time to start fresh. Here are some great links to help you offer your clients everything they need to make 2015 the best year yet!

And, of course, there’s more in the store! 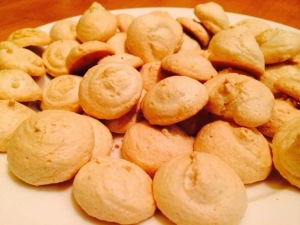 I’m sure you’ve noticed that healthful options are rather limited at most pot luck meals. These events tend to bring out the fat, sugar, sodium, and calorie-laden foods from everyone’s recipe boxes.

My husband and I were recently invited to such a party and he asked “will there be anything there I can eat?” (If you’ve been following my posts, then you know that my husband had a heart attack a year ago and is trying very hard to maintain a heart-healthy diet and lose some weight).

I was glad he asked. It shows that he’s thinking ahead.

Planning is always one of the suggestions offered to folks who are trying to maintain a special diet at social events. When in doubt, take something that you know you can eat.

With this thought in mind — and the holiday party season approaching quickly — I asked the participants in my heart-healthy cooking class what they would take to a pot luck party. Here are their ideas…

I added a few suggestions of my own as well:

I think my class members get it. They understand the need to be the ones to bring the healthful stuff. However, this doesn’t mean that they don’t have reservations and concerns. I heard comments like  “we’ve done this before and no one ate the healthy foods,” “no one else will eat it,” and “I’ll end up taking it home.”

That’s okay. In fact, it may actually be a bonus. Take it home and you’ll have something for tomorrow. At least you were the one that took something healthful. Yes, I know it’s hard to eat apple slices when there’s a gooey dessert available. But eating a few apple slices means that you’ll be more full and have less room when you slice yourself a bit of that gooey dessert.

Start a trend. Be the one.

Want to encourage your clients to be the one? Here are 10 great (and free!) recipes for healthful pot luck options…

And, as always, there’s more right here in the Nutrition Education Store. Here are some great holiday survival materials… 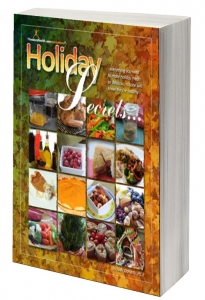 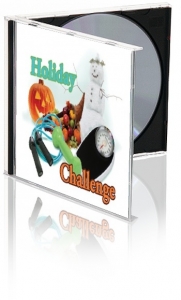 Holiday Challenge: Strategies to Help People Stay on Track During the Holidays 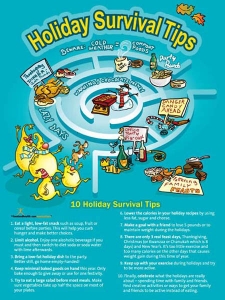 *I have a little problem with this response, since there is still a lot of fat in this product. At least she was thinking about the sodium!