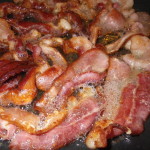 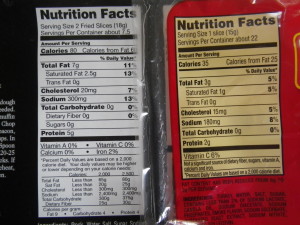 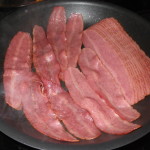 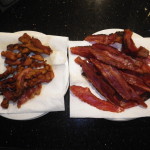 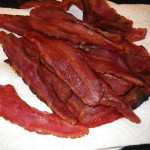 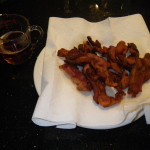 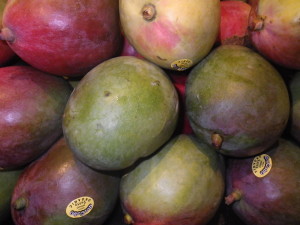 After the discussion on mangos being the most consumed fruit in the world I realized I didn’t know as much about this fruit as I thought. So I did some additional research.

While it might be the most eaten fruit in the world, it’s still far down the popularity list in the United States. According to a 2012 study by Fresh Facts Shopper Insights found at www.mango.org mangos are only purchased by 14% of the households in the US. To compare this with other fruits: bananas have an 85% market penetration and apples 71%. When looking at “mainstream fruits” purchased, mangos fall below bananas, apples and grapes but above pineapples, kiwi and papaya. Mango buyers typically purchase them 2-3 times per year. The strongest buyers are “foodies”, natural/organic shoppers and Hispanic shoppers.

Mangos grow in frost free climates which is why Hawaii, Florida and California are the only states in which they grow. They must have warm dry weather to produce fruit.They are native to Southeast Asia and are considered a staple in India, China and the Philippines. Mangos have two seasons and different varieties are available at different times of the year so they are available year round. Mexico is one of the biggest suppliers of mangos to the US along with Haiti, Guatemala, Ecuador, Peru and Brazil.

The size and shape of a mango differs based on variety. They can range in size from 6 -24 ounces. It is said that mangos with the best flavor are those that are allowed to ripen on the tree. But unless you have a tree in your backyard this is going to be difficult.

The leathery skin of a mango is waxy and smooth. When ripe it can be pale green to golden yellow or orange marked with red. But color is not the best indicator of ripeness. Mangos continue to ripen off the tree if kept at room temperature. A ripe mango will give slightly and become softer as they ripen. When ripe the fruit will feel similar to a ripe peach or an avocado. To speed ripening place them in a paper bag. Ripe mangos can be refrigerated, but should be used within several days. Once cut they will keep in an airtight container for a few days or up to six months in the freezer.

The flesh of a mango is peach-like, juicy and in my opinion luscious. The large oval-flat husky stone/seed makes it difficult to cut or use. One of the best ways to cut a mango is to cut the fruit lengthwise just along the outside of the seed. This gives you two large portions of seedless fruit. I usually work to get a few more bites off the top and bottom of the seed. There is frequently inedible fiber close to the stone/seed. A high-quality mango will have minimal fiber, this is mostly due to the variety/cultivar and difficult to tell when selecting.

Mangos are fat, sodium and cholesterol free. Nutritionally, one cup (165 grams-about 6 ounces) of mango chunks contains 100 calories and 3 grams of fiber, 35% of the RDA for Vitamin A, 100% RDA for Vitamin C and 20% RDA of folate. Mangos also contain copper, Vitamin K and Potassium.

I’m now on a personal crusade to increase the consumption of mangos in the US. We’ve had them at least five times this year and I vow it’s going to be more. Here’s a great way…make your own mango salsa http://www.foodandhealth.com/recipes.php?id=482 Try it on fish!

Calorie free, carb free, fat free, cholesterol free noodles and pasta. Is this too good to be true?

Some of the popular daytime television doctors have been recommending shirataki noodles to help with everything from weight loss, to cholesterol reduction, diabetes control and intestinal regulation. They can be purchased on-line, at health and Asian food stores as well as some grocery stores.  My sister-in-law bought several bags of these noodles and recently shared them with me.  I’m not sure if she gave them to me because she knew I’d write about them…or she just wanted to get rid of them. 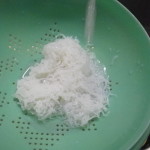 Described as the ultimate guilt-free, miracle noodle, this pasta-like product is made from the konjac plant (a relative of the yam). It’s mostly composed of a soluble fiber called glucomannan. The 8.8 ounce package (they consider this one serving) contained 9 grams of fiber. Her cost was about $3 + shipping.

OK. I was a little leery. The angel hair “noodles”  came in a bag surrounded by water, looking very much like white or almost translucent pasta. The instructions say to drain and rinse well. I read a newspaper article about this product and it said to drain the “funky, earthy, fishy” smelling water—I got thinking—why would I want to eat something that smelled “funky”. I’m told this is the natural smell of the plant and it goes away with rinsing or heating—and it did. They are ready-to-eat once rinsed or can be heated.

My family joked— calling them “gummy” noodles  (this was “gummy”  like gummi bears–not gummy like over-cooked oatmeal).  They had lots of texture and little flavor. The “pasta” tends to pick up the flavor of the sauces or other foods added to them.

The supplement glucomannan is promoted as an appetite suppressant. The supplement and the “noodle” product tends to absorb water as it hangs out in your intestinal track— thus making you feel full. While some promoters of the noodles say they don’t cause bloating or gas, other web sites warn people to eat a small amount initially—to see if you have intestinal distress.

So what did I think? They were OK. It is fiber and it gives you something to chew (and chew and chew). Not awful—but just OK. I do think this is another one of those fads or gimmicks. It’s always fun to try different foods. I’m back to the moderation thing, I certainly won’t want to eat lots of these on a regular basis. They may be good for a person on a gluten-free diet…but there are other pasta products available, too. I, personally, would rather have a smaller portion of regular pasta or a flavorful dish of spaghetti squash. Don’t know what to do with spaghetti squash?  Try our recipe for Spaghetti Squash Parmasan. 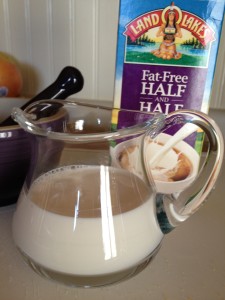